We’re led by a small part-time leadership team comprising of an Executive Director, Head of Nursing Services, Head of Head of Community Fundraising and Head of Operational Support which collectively manage the daily activities of the charity. 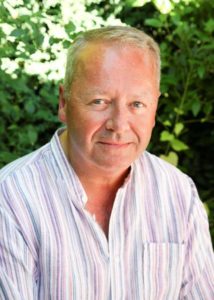 Andrew spent many years in Banking and Finance both in the UK and abroad and took the opportunity where possible to get involved with national and local charities. He became more involved with Shipston Home Nursing in September 2017 following a period where we supported him to look after his late wife.

Andrew subsequently volunteered to help provide management support to us and was asked by the Trustees to review how we did things operationally to understand areas where improvements could be made. Following the review Andrew joined us as our Interim Executive Director in November 2017.

He strongly believes that the patient and family experience we can provide is fundamental and should underpin everything we do. 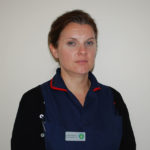 Gemma is a Registered Nurse who trained at Coventry University and started her nursing career in Critical care. Soon after Gemma realised her passion was in community nursing and she joined the Shipston District Nursing team.
Palliative care then became her special interest and she then joined the Stratford Evening Nurse Service, where she worked closely with local Hospice at Home services and developed a keen interest in Hospice at home care.

Gemma is committed to giving people choice at the end of their lives and being part of Shipston Home Nursing allows her to make this to happen. 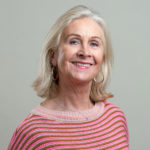 Rebecca lives in Great Wolford and has been working with Shipston Home Nursing since its conception in 1997. The original reason she became involved was due to a strong friendship with Penny Birtwell, the late sister of our Founding Trustee Charlie Wells. Rebecca is well known in our community and works tirelessly to build relationships with supporters, sponsors and donors to ensure that people in need of our Nursing care are well informed and know that help is only a phone call away. 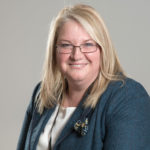 Tracy was born in Worcester and lived in Cherington for 19 years before recently moving to Tredington. A book-binder by trade until her career took a different turn when she moved into administrative roles in the 1990’s

Tracy’s career has been diverse ranging from Office Manager at a Citizens Advice Bureau, to an Officer for homeless people at Stratford District Council. More recently Tracy worked for Dogs for Good, providing residential training and ultimately registered assistance dogs for physically disabled adults, children and families with an autistic child.

Tracy joined Shipston Home Nursing in December 2015 and manages all aspects of our Administration and Support function.
Outside of work, Tracy enjoys being a Mum to her son and daughter.

DONATIONS can be made by Bank Transfer to Lloyds Bank Shipston on Stour, Sort code: 30.98.26 Account Number: 01665317
MENU
This site uses cookies: Find out more.